Sometimes you may wonder why a hacker would care about your little dinky site. Maybe you own a local business, maybe you just run a blog on cats, maybe you have a hobby for collecting animal stamps and run a forum for animal stamp enthusiasts? It doesn’t matter. What drives MOST hacks is actually not interest in you, your business, or your hobby. It’s money. I’m not talking about holding your site for ransom. Rather, I’m talking about using the strength of the internet (open standards anyone can publish to) against itself.

One of the problems with going on the internet is that you leave tracks. Every request you make sends your IP out. With a bit of sleuthing, and some cooperation of ISPs, you can find out where a signal is coming from. What if you could get 100 millions computers to co-ordinate together. How about you get those computers to request the same website. That, my friend, is what you call a DDOS attack. Distributed denial of service attack.

But how does a DDOS attack make money? 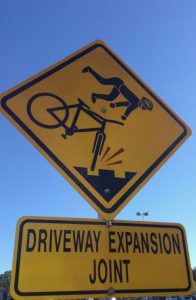 But why do hackers care about bringing down a site… how does that make them money? Well, here’s essentially how it works. Hacker get access to a computer to install software that allows it to respond to an incoming request. Essentially, they plant a sleeper agent in your computer. Hacker gets a few thousand of these computers essentially under his control. They’re usually not totally under the hacker’s control, but they do respond to his command.

Hackers have a variety of motives. However, usually the strongest motivating factor… is making money.

Now that this hacker has his little bot-net, he lists it for sale on the dark net… which is essentially like a private internet that doesn’t keep logs of IP addresses… it’s fairly anonymous. Depending on what the bot-net does, and its quality… they get paid (many times in Bitcoin). These bot-nets are bought by other hackers or to people who want to use this bot-net to carry out their social, political, criminal or other endeavor.

I wrote a recent article on how to identify one of these hacks, but they’re all different. Also, different hacks do different things. However, usually the motivating factor… is making money.

Were you really surprised?